We are excited to have Lama Sean visit us next month for three public teachings!

Suggested donation: $20 for one or $50 for all three sessions. No one turned away for lack of funds.

Lama Sean aspires to embody the principle of inclusiveness, dedicating his life to practicing and teaching the Dharma and serving as President of the Dzogchen Shri Singha Foundation, while being a loving husband and father, and maintaining a career as a creative professional. Lama Sean is currently supporting the publication of future editions of the Buddha Path and other texts and aspires to fulfill his teacher’s aspirations to help establish a stable Dharma system to promulgate the Dzogchen lineage throughout the world and benefit all beings.

March 18th at 7:30pm. For location and details: saltlakebuddhapath@gmail.com

Copies of The Buddha Path will be provided. To purchase your own practice text, order from lulu.

For starting or deepening your practice, the Dzogchen Shri Singha Foundation provides many opportunities throughout the year. Coming up:

Volunteer at the Dzogchen Retreat Center 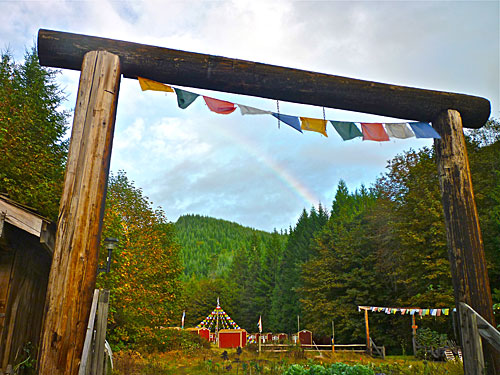 Volunteers needed for the 2019 Dzogchen Lineage Internship (July-September)! We are looking for babysitters, kitchen help, operation manager and assistants, from as little as one week to the full three months. Great opportunity to meet international sangha, receive teachings, and experience the magical atmosphere of the Dzogchen Retreat Center near Eugene, Oregon. Contact us for more information.